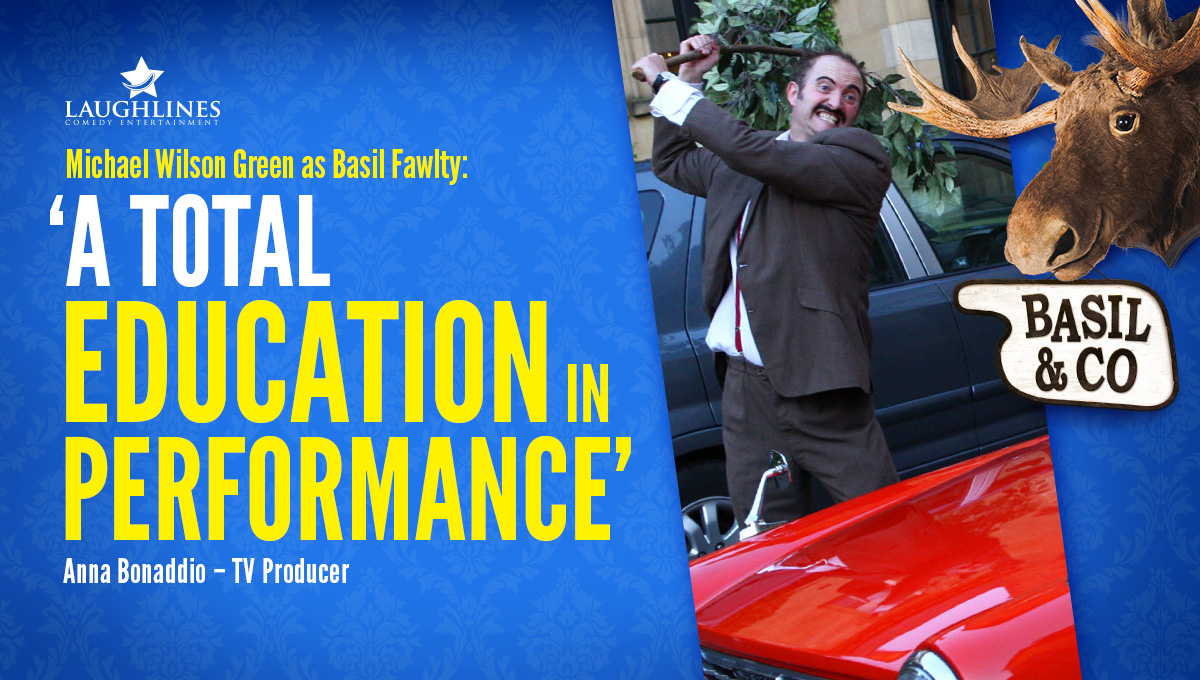 Laughlines Ltd has complained to Ofcom that the BBC has breached UK competition law and manipulated the commercial market by creating a dominant position for an Australian ‘Fawlty Towers’ show.

As the owner of the copyright in the final recorded version of its TV programme and the protected trademark, the BBC was made aware in 2004 of an original British ‘Fawlty Towers’ tribute act, which established itself in the UK as the original ‘Leading British No.1 tribute’.

In 2008 the BBC provided exclusive publicity for the UK launch of an Australian ‘Fawlty Towers’ show for its debut at the Edinburgh Fringe Festival, which was broadcast on the BBC ‘One Show’. The shows Australian performer, Alison Pollard Mansergh has told the press of the BBC’s support stating “The BBC have watched the show and supported us greatly”

In 2014, the BBC suddenly informed Laughlines Ltd that a licence was now required to advertise the original British No.1 ‘Fawlty Towers’ tribute act to audiences and no licence was available, causing it to be withdrawn from the market. The BBC cleared the path for the Australian ‘Fawlty Towers’ show and its performer to establish a dominant position in the UK market.

The Australian ‘Fawlty Towers’ show is now marketed to be the ‘original’ and No.1 Tribute Act’ and does not advertise any licence permissions.

We would be grateful for your support by signing our petition to urge Ofcom to hold the BBC to account – http://chng.it/GFcWhmFV6T 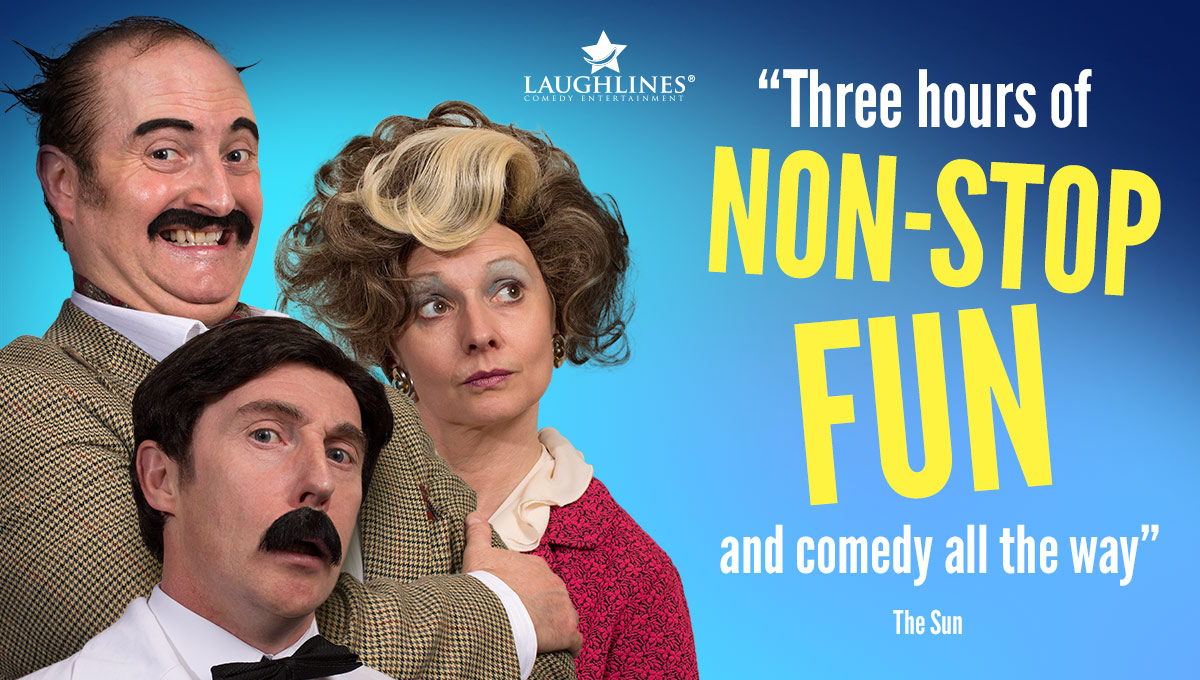 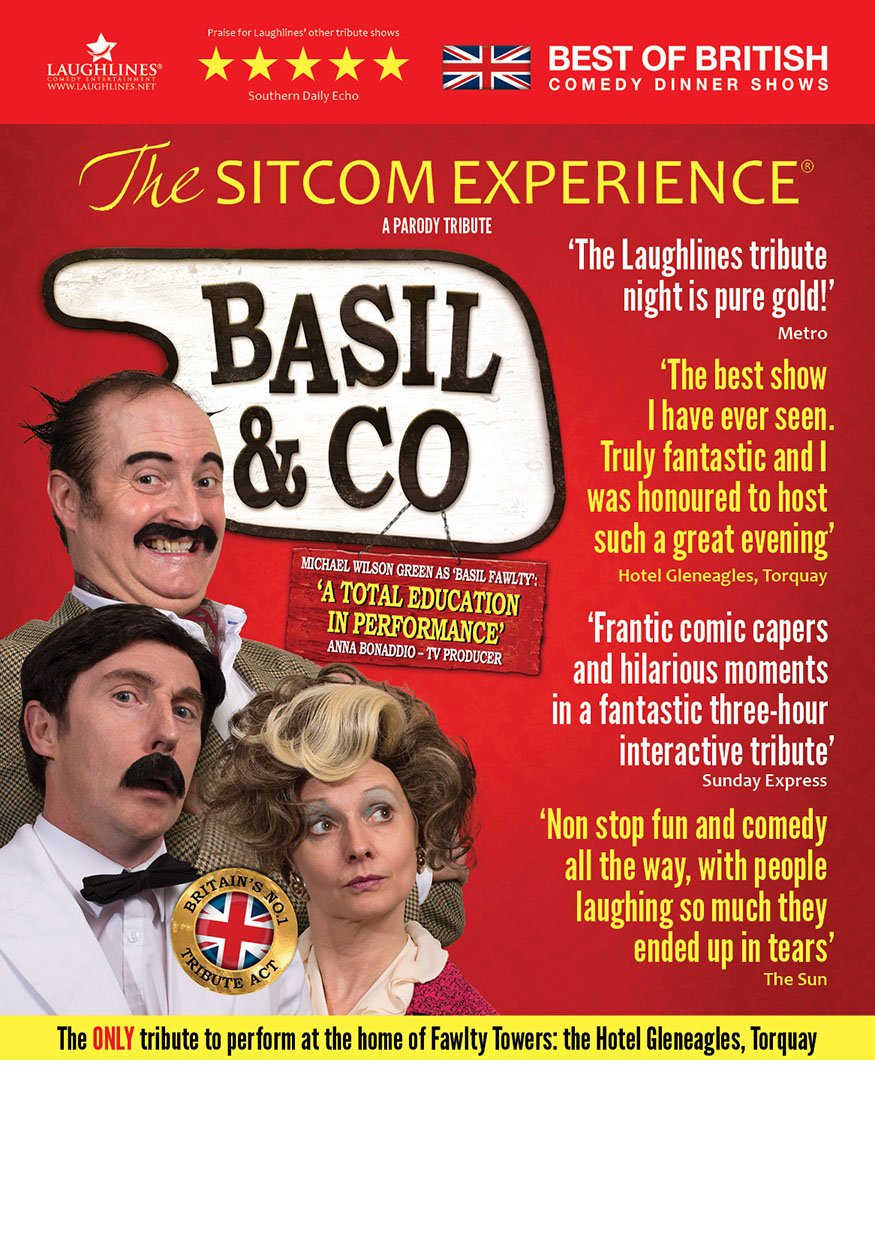 This was the best show I have ever scene, truly fantastic and I was honoured to host such a…
great evening.”

It’s hours of non-stop fun and comedy all the way, with people laughing so much they end up in tears

The Dinner Show is a hit

A laugh from start to finish

Outstanding event, thoroughly enjoyed by all. The cast engaged the audience and had them in stitches!

Seen the show  –  Add your review here for Basil & Co.

‘The Sitcom Experience’ – The Comedy Dinner Show
Thursday, April 7, 2016
★★★★★
“ This is to say thank you SO much for the brilliant evening on Saturday at Pucklechurch - I haven't laughed so much EVER! I especially enjoyed being tangled up with Manuel and Basil! See you again sometime somewhere...”
- Jan & Alan

‘The Sitcom Experience’ – The Comedy Dinner Show
Thursday, April 7, 2016
★★★★★
“ The show was ace and we had a ball - it was a laugh from start to finish, full or surprises & Manuel was brilliant! Thank you VERY much!”
- Alex Cann

‘The Sitcom Experience’ – The Comedy Dinner Show
Thursday, April 7, 2016
★★★★★
“ Absolutely brilliant night at Ghyll Manor. Parents taken along as a surprise 70th birthday present for Dad and it was loved by us all. Brilliantly acted, the evening built into a fun, all inclusive finale. Never thought I'd Flamenco with Basil .....but it seems anything can happen!”
- Paula Ridley

‘The Sitcom Experience’ – The Comedy Dinner Show
Thursday, April 7, 2016
★★★★★
“ This was the best show I have ever scene, truly fantastic and I was honoured to host such a great evening.”
- Hotel Gleneagles - Torquay

‘The Sitcom Experience’ – The Comedy Dinner Show
Thursday, April 7, 2016
★★★★★
“ Went to the show at Torquay for a friends 40th Birthday party at the weekend. Had a great time, the energy of the cast members is amazing. So funny. Had a nice chat with them after too. A huge thanks for one of the best nights out ever. X”
- Vicky

‘The Sitcom Experience’ – The Comedy Dinner Show
Thursday, April 7, 2016
★★★★★
“ I attended the evening last saturday in Torquay. I enjoyed the evening very much, laughing all night, the cast members kept the whole room entertained, well done everyone 🙂 certainly a birthday meal I will remember..”
- Tracey
'The Sitcom Experience' - The Comedy Dinner Show
5.0 rating based on 12,345 ratings
Overall rating: 5 out of 5 based on 6 reviews.
Anonymous

You have Successfully Subscribed! Please Check Your Inbox (Or Spam Folder) And Confirm Your Subscription