Sinister forces are at work in Panto land: Peter Pan has gone missing and Captain Hook would give his right hand to know where he is.

Miss Muffett was caught blowing Little Boy Blue’s Horn and Snow White has been brutally murdered. But who did it? Did Widow Twanky prove there’s nothing like a dame by committing the crime?

Did the Big Bad Wolf huff and puff until Snow White was no more? Where was Dick Wittingless and his errant pussy at the time of the murder? Will Goldilocks end up doing porridge?

Help the Fairy Godmother to unmask the fairy tale fiend before the clock strikes midnight!

It’s hours of non-stop fun and comedy all the way, with people laughing so much they end up in tears Yorkshire Post
The Laughlines Tribute night is pure gold! Metro - Newspaper
The Dinner Show is a hit Harrogate Advertiser
A laugh from start to finish Stray FM
Outstanding event, thoroughly enjoyed by all. The cast engaged the audience and had them in stitches! Swan Yacht Club, Perth, Australia 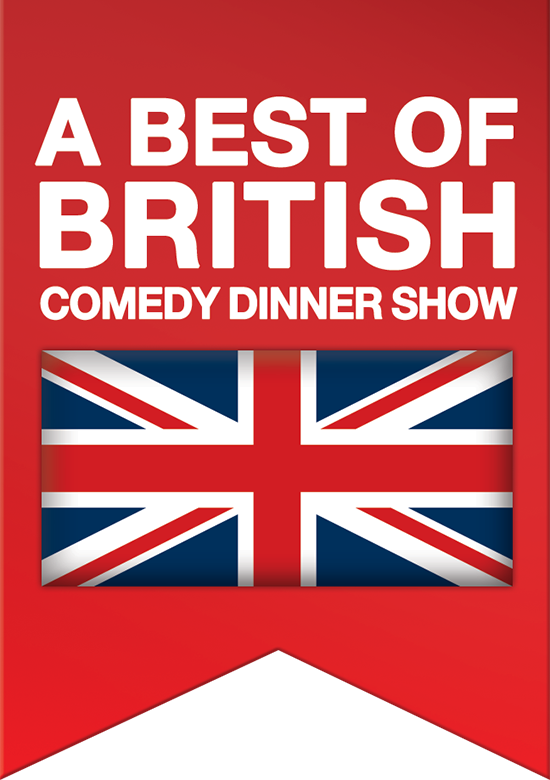 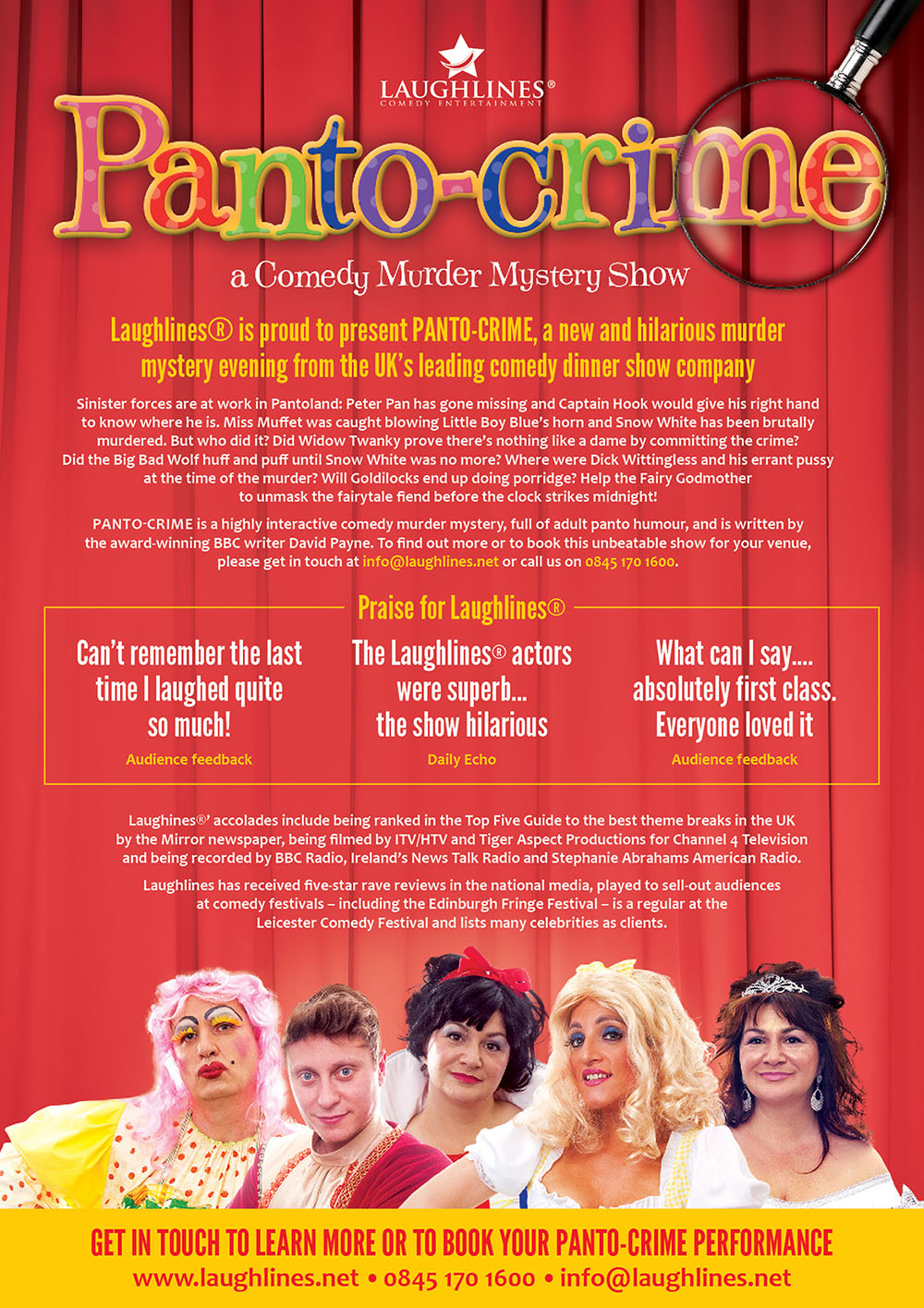 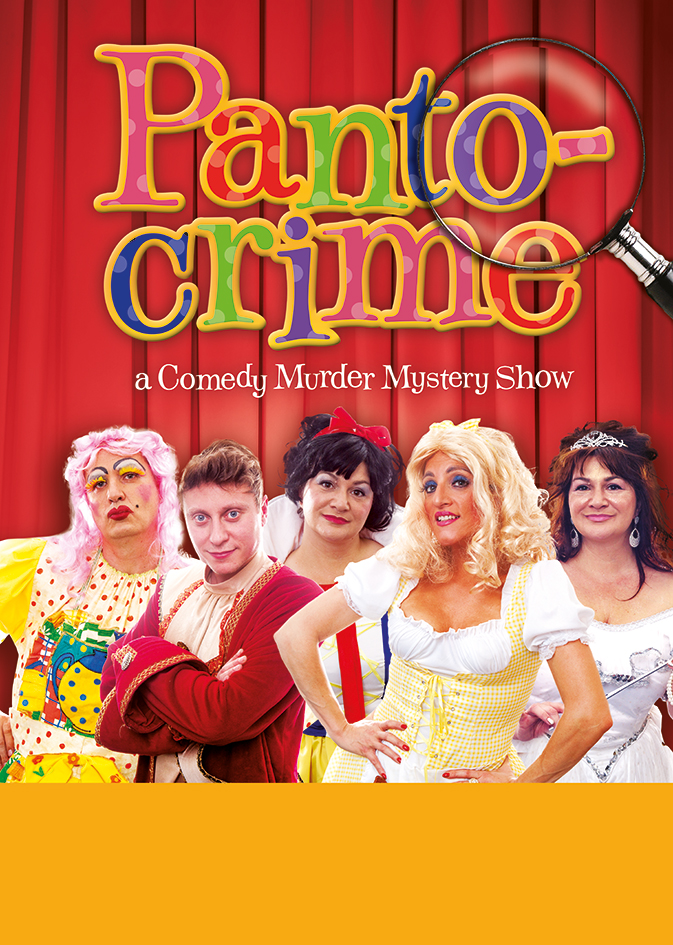 Seen the show  –  Add your review here for Panto Crime.